The Gender Experiment (May, 2016) book review 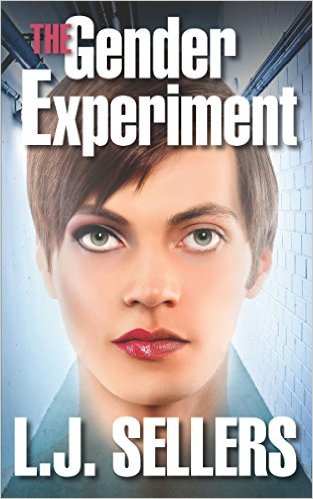 Taylor Lopez is an intern at the morgue. She leads a lonely life, unwilling to share her body - a body with male and female organs. Jake Wilson was a journalist whose addictions have been his downfall. The two form an unlikely investigative partnership when Taylor discovers that someone is killing gender-fluid people who were born at the same clinic that she was.

With The Gender Experiment author L. J. Sellers has taken on a two-fold task. First, she must give us a story of investigation, jeopardy and resolution. Second, she must navigate the shoals of gender identity.

The first thing we notice about another person is their gender. It is, right or wrong, the key to how we treat people. Once a person has been identified as human, we identify them as male or female. But there are people born with both sets of genitals. Sometimes parents act immediately having the situation surgically 'resolved'. Sometimes they wait. And sometimes the gender the parents select is not the one that the person identifies as.

In this story, the author has characters whose identity is at the core of issues they are facing. This gives extra texture to a relatively straight-forward investigation.

And if you aren't challenged enough by the gender-fluid, FBI Agent Andra Bailey is a high-functioning sociopath who is passing for healthy.

The characters make this story worth the trip.