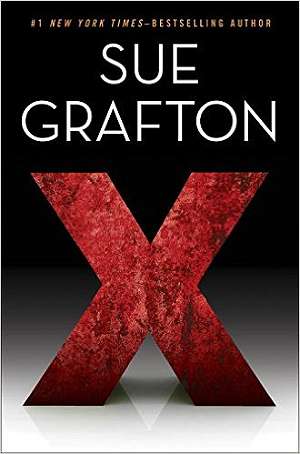 Kinsey Millhone is a low-key private investigator living in a converted garage in California. In this, the 24th book of the Alphabet series, Kinsey is asked to find the born-out-of-wedlock child (now a man and an ex-con) of a wealthy woman.

After quickly finding the man and notifying his 'mother', Kinsey discovers that the woman paid her in marked bills. Now Kinsey must find the woman to recoup her losses, and satisfy her curiosity.

Author Sue Grafton has more than found her groove with this long-running series. Somehow, she manages to keep it fresh and interesting. The novels are part crime and part Kinsey's private life, all narrated in first person.

Grafton's books move at a good pace. Her characters have become like family to the loyal readers, and the scene is just detailed enough to give us a sense of place. The 1980s in which all the books are set has no internet, no DNA, no mobile phones. Kinsey solves crime with dogged determination and her wits, and the occasional gun shot.

If you haven't read them already, the series starts at A. See the Series Series Alphabet series reading order and synopses.