Commentary and a Round-up of What the Media is Reporting 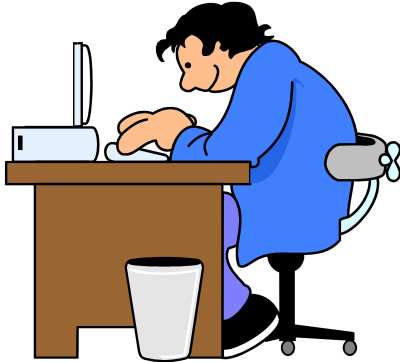 A case currently up before the courts in Australia is being held as a test of how the law addresses abuse and threats made in social media. It is a timely reminder that what one posts on the internet is never really "private", especially if you are posting on social media accounts and other online forums and services.

In the 1990s Samantha Amdajali wrote that one should never say anything on the internet that one wouldn't say in a lift (elevator). Despite the nastiness of a large number of men, and women, incited by Chris Hall who posted a screenshot of the Tinder bio on Facebook, the situation was triggered by his finding sexually explicit lyrics on her Tinder profile. Melville claims to be embarrassed to tell her parents what Tinder is.

University students were horrified when I told them that potentional employers were now reading social media posts and profile because, the students said, they were "private". Putting one's life on the net is about sharing and oversharing. Emoticons were invented as a way of giving context to computer-based exchanges. Context is very important. Do you mean something in jest? or are you serious? Are you being ironic, or truthful? How are you presenting yourself to the world?

The news.com.au piece linked below has the screenshot and Melville's quote from her bio. While this case shows unacceptable behaviour, and the belief that being part of the net community is a license to be awful to anyone, it is also a cautionary tale for millions of people.

The net, the web, social media, blogs, web sites, these are not private. You are on the information superhighway, and what you place there may never be entirely taken back.

"A Sydney man has pleaded guilty to making sexual threats on social media, in what is being seen as a cyber-bullying test case.

Zane Alchin, 25, was charged with using a carriage service to menace, harass and cause offence.

In August last year, he wrote abusive and threatening comments on a Facebook post about 25-year-old Olivia Melville from Sydney's south.

A friend of Alchin's had taken a screenshot of Ms Melville's Tinder profile and posted it on Facebook, where it was shared thousands of times.

After that, Ms Melville received many abusive online messages from strangers.

Paloma Brierly Newton came to Ms Melville's defence on the Facebook thread and herself became the target of sexually violent comments from Alchin.

He said he was internet trolling and was unaware it was a crime, however he was remorseful for posting the comments.

He is currently awaiting sentencing."

Dr Emma Jane, a senior lecturer at the University of New South Wales who studies gendered online abuse, told the ABC this would be a landmark case and put the spotlight on legal and police responses to online harassment of women.

She said it would also help determine if Facebook was deemed a "carriage service"."

"According to network ten, Alchin faces up to three years in jail.

thenewsdaily.com.au helps explain what a "carriage service" is.

Cyberbullying experts say the "test case" will decide whether threats on social media are punishable under the existing 1997 Telecommunications Act.

To date, this legislation has largely been used to prosecute people who abuse or make threats via SMS, voice message or during a telephone conversation, not on social media.

Mr Alchin has been charged with "using a carriage service to menace, harass or cause offence". A "carriage service" is a service for carrying communications by means of guided and/or unguided electromagnetic energy.

This is a broad definition and covers most electronic communication, but was enacted before social media was invented almost 20 years ago."

For more features, columns and reviews by Ali Kayn, use the site search box.