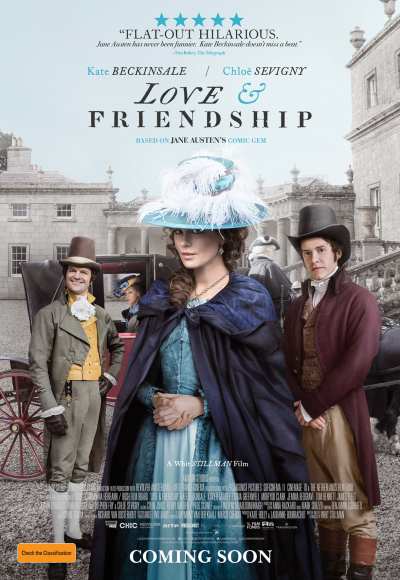 Set in the 1790s, Love & Friendship follows the scheming and manipulative Lady Susan Vernon (Kate Beckinsale). Aided and abetted by her loyal friend Alicia Johnson (Chloe Sevigny), Lady Susan is on a mission to find a husband for herself and her long-suffering daughter Frederica. But two young men, the handsome Reginald DeCourcy (Xavier Samuel) and wealthy Sir James Martin (Tom Bennett), severely complicate their plans.

Lady Susan is a eighteenth century widow who survives by visiting house after house of relatives. Her peculiar sense of right and wrong means that she would not presume to impose payment upon her lady's companion. She recognises that marriage is her, and her daughter's, only possible career. 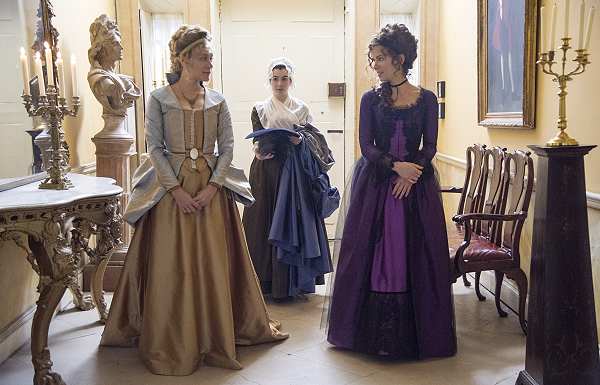 From the opening scenes, the cast of Love & Friendship, ably led by Ms Beckinsdale, deliver their deliciously clever lines with charm and wit. This is the best of British, the clever comment, the carefully-played irony, every movement stated just-so.

Jane Austen, whose Lady Susan novella this is based upon, is an icon of English literature. She had a sharp eye and a clever pen. In this film, her work is played explicitly as humour. It plays like Austen-meets-Oscar Wilde. Mainly set in a country house, it is stylish and unashamed. Whit Stillman's script never misses a beat, and his direction is spot on. Everything about this film is a joy, the costumes, the sets, the performances (watch especially for Tom Bennett as Sir James Martin), and the cinematography.

Love & Friendship is a most elegantly amusing film. Take a seat, relax, and let the words flow gloriously over you.