War Through the Other Lens

Quo Vadis? Whither goest thou?

"Inspired by true events, writer/director Jasmila Žbanic's Oscar-nominated thriller tells the story of a United Nations translator attempting to save the lives of her family, whilst pandemonium and escalating conflict rages around them."

Aida is a history teacher who we meet as she translates a meeting between her home town mayor and the U.N. forces. They are, the Colonel assures everyone, safe. The U.N. has delivered an ultimatum to the Serbian army, and there will be no invasion. This, despite Aida's country having already experienced over three years of war. The Serbs arrive. We do not see fighting in the streets. We see the mayor dragged around a corner and we hear shots. We see the leader of the invading army arrive with cameraman in tow, giving orders, massaging appearances, and making patently untrue protestations of good will. The taking of this town, he maintains, is a gift to the Serbian people. 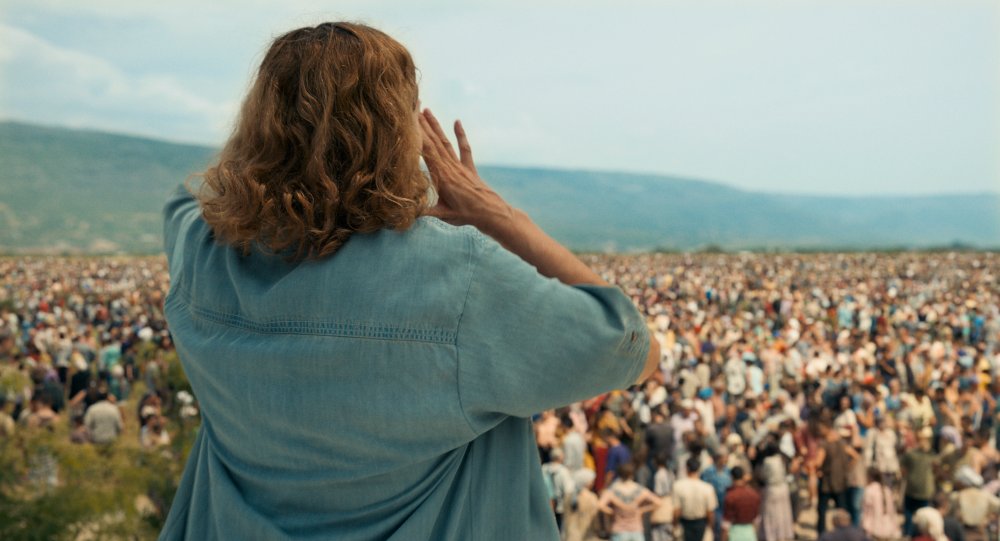 Aida addresses the crowd outside the U.N. base

Meanwhile, Žbanic shows the audience the thousands taking refuge in the unprepared U.N. base, and more people massed at the gates unable to get in. Aida is our camera. She races between translating to those inside and begging for her husband and older son to be let through the gate.

When a group of Serbian soldiers arrive demanding entrance the crowd parts, and in the theatre the audience tenses and there are involuntary whispers of "Oh, no.". The soliders want to be assured that there are no armed soldiers who 'killed Serbians' within. And when the U.N. Colonel backs down, a shocked Aida by his side, we know that no good will come of this.

The Serbian commander promises that anyone who wants to leave, can. He will even provide the vehicles and the fuel. Those of us who know even a little about the German halocaust see the arrival of buses financed by the invading forces with trepidation. The men are separated from the women and small children and put into trucks. When they arrive at their destination and are shut into an empty hall -- we know.

The pace of QUO VADIS, AIDA is relentless. Even resting Aida is destroying family photos and her husband's journal because they cannot know who might become a danger to be associated with.

Actress Jasna Djuricic (Aida) is compelling, worried, under siege, forced to make announcements that she believes are false, a U.N. staffer whose family is not on the list, and therefore not to be evacuated with the U.N. forces. Not safe.

From beginning to end QUO VADIS, AIDA compels our attention and our compassion. Zbanic never shows the violence, but we feel it. She does not have her characters delivering tirades, but rather gives important information in a passing remark or a desperate cry.

They won't let us go to the toilet...How can I hold it? I am an old woman. 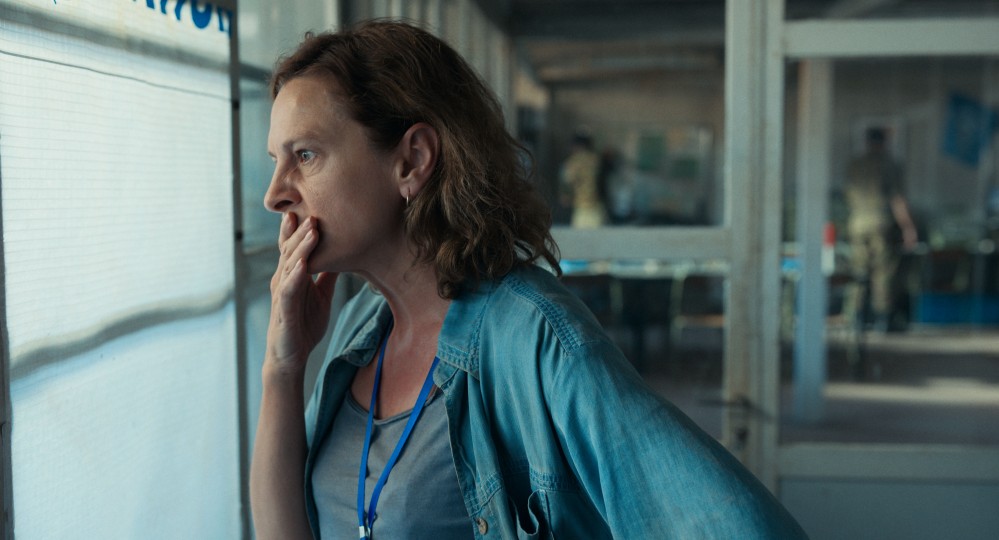 Aida (Jasna Duricic) is our camera, through her we see all sides

Avoid the temptation to watch something lighter instead. This is a story told strongly, uncompromisingly, without shiny Hollywood stars, macho fight scenes or histrionics. Every detail, every scene, every human act is an important conveyor of story.

Every writer or film-maker who has been told, "Show it, don't say it." should watch this film. Because more than anything else, QUO VADIS, AIDA shows us and we respond.