Where Melbourne Meets Under the Clocks

The site has been in use since 1854, the current building was originally built between 1905 and 1910 (Architects J W Fawcett and H P C Ashworth). The building, and particularly it's 'clocks' are a popular landmark. In Melbourne a common place to meet is "under the clocks". 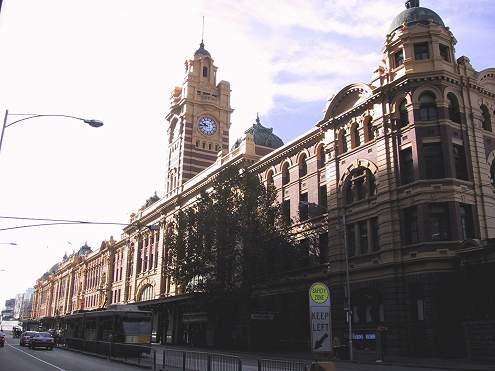 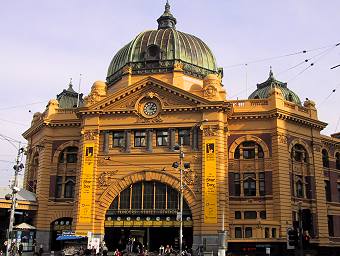 Despite the city loop, Flinders Street station remains the hub of Melbourne's rail system. Victoria has a centralised rail system, all country lines fan out from Southern Cross (formerly Spencer Street) station and the suburban lines from Flinders Street Station. The city loop joined the two along with creating the stations Flagstaff Gardens, Melbourne Central (originally "Museum") and Parliament.

A $100 million refurbishment has been approved. 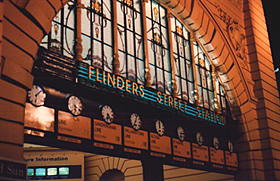 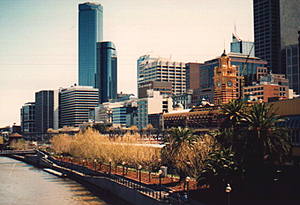 Items of Interest: Clocks, Features no longer in use include a large ballroom.

The site has been in use since 1854, (Architects JW Fawcett and HPC Ashworth). The building, completed in 1909, and particularly it's 'clocks' are a popular landmark and meeting place. 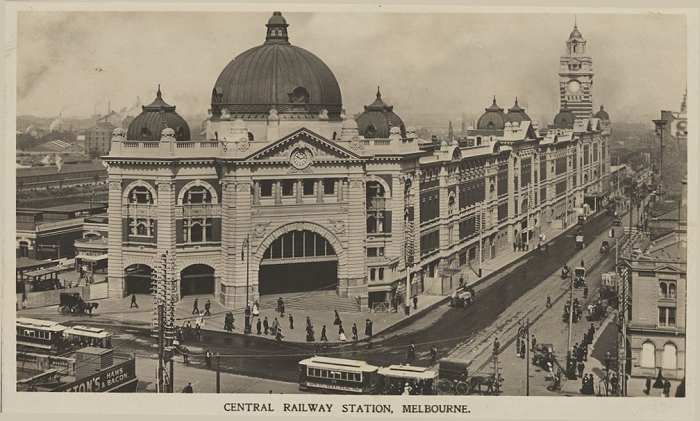