Are Our Cartoon Heroes Mentally Healthy?

You know the feeling. The pain. The uncertainty. You're writing -- it doesn't matter what - It could be a psychological thriller, or a Regency, but you want to know your villain. And the damn uncooperative character won't jell. It's more than wanting to know the color of their hair, or whether or not they have a distinctive moustache -- you want to KNOW him. His motivations, his interests, his pathology. 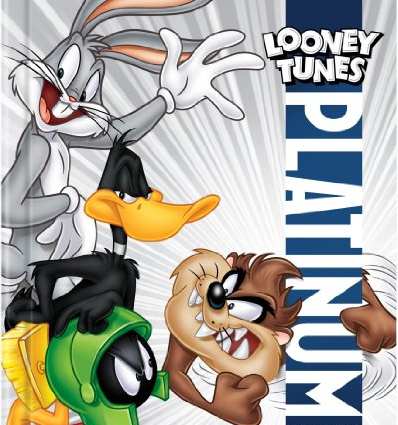 I was standing in a corridor at 2 am -- waiting for a woman to give birth to a tax deduction - and a nurse walked by wearing a Looney Tunes scrub top. (and trousers, lets not make this 'R' rated.) Then suddenly it clicked.

I hadn't thought about it before and it's frightening. The behaviors of the animated creatures we grew up laughing at are now turning up in our books, our TV shows and lives as aberrant behaviors. Serious mental illnesses.

Does this mean that the Looney Tune animators were intuitive and ahead of their time? Or is it just another reminder that we've always found mental illness funny.

The more I think about it the more it makes sense, and the more I wish my tutors had realized this when I was in school. I might have passed that psych exam.

Bugs Bunny. Inattentive to details, gets lost easily. Vague, purposeless. Is un-ambitious, manipulative and consumes vast quantities of carbohydrates. Thinks the Sahara desert is Pismo Beach. Now ask yourself. Is he or is he not coming down off a Marijuana high? (Cross dressing and such is no longer considered a mental illness, but remember Bugs has kissed a human. And a pig. Is there such a thing as reverse bestiality?)

Yosemite Sam. Run children, we're in trouble now. Notify the FBI. Hit the floor and crawl to the fire escape. Hide under the water cooler. This one comes charging into situations only making them worse with his indiscriminate use of firearms. He's loud, obnoxious and controlling. The least little misunderstanding and he goes Postal all over your a$$. Watch out for the Spree Killer -Y. Sam.

Whylie E. Coyote. Can anyone spell delusional? This guy is barely making contact with reality, folks. How else do you explain someone who believes earthquake pills are the best way to catch lunch? Or that Semi's rocket out of the tunnels he paints. There are also elements of the violent stalker type. It's got to be this bird and no one else? Really?

Take it into the real world. If he can't have his bird he'll make sure she isn't fit for anyone else. If you think perhaps I am overreacting please go back to the line about earthquake pills. He has grandiose ideas (an accordion arm is the best way to deliver dynamite?) that are barely functional. He is also negligent of his own safety in the pursuit of his objective. (Never mind runs-with-scissors. What about runs-off-cliff?) Watch out for the ones who don't care if they live or die, they don't care about you living or dying either. 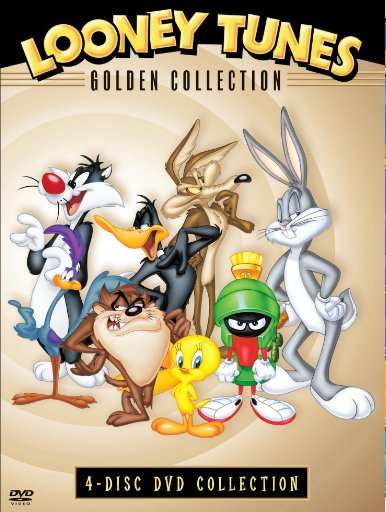 Elmer Fudd. Dear Elmer. I've got a soft spot for him and he has taken a lot of manipulation and abuse from Bugs over the years. For a while I thought there wasn't anything wrong with him. It's tempting to think of him as obsessive -- only a Big Grey Wabbit? Well, no, he can be redirected and head off in pursuit of a big black duck. Dear Elmer seems to be a borderline personality type. Childlike, foolish and, when frustrated, prone to sudden fits of out of proportion anger and violence. I have to say I'm tempted to think of him as a high functioning mosaic trisomy 21 -- Down's syndrome. A heh ehe ehe hhh

Granny. Well, look at that family situation. Abusive, threatening and controlling mother figure. Absent father figure. The 'children' cringe when she enters a room. Emotions are occasionally inappropriate for the activities going on. Chooses to love one child and believe that one over the other, who receives the bulk of the punishment. Hey, have you met the ideal mother of a serial killer?

Tweety Bird. Perfect child, aware that he/she can do no wrong and manipulative. While mostly the perfect child will support or try to protect the victim child, in bad situations will offer up the imperfect child knowing that it is necessary to protect himself.

Sylvester: imperfect child. Hopefully he had not yet progressed to starting fires and tormenting small helpless animals. Oh.. Yeah... Right... Well, that leaves bed wetting, petty theft and inappropriate sexual thoughts. He does not seem to have any deep trauma associated with his lisp, for which we should be grateful. We can only hope he'll get the counseling he needs before he grows up and starts following small blonde yellow creatures around, watching them through windows. Stalking them. Trapping them. Eating them?

And my personal favorite

Pepe Le Phew, the Narcissistic Eroto- maniac. He is utterly convinced of his own personal attractiveness, even though impartial examination would indicate otherwise. His mannerisms and attitude all project that he is the most important person in the world and that any woman granted the favor of his regard must immediately fall under his spell. In all interactions his pleasure will be the focus. The fact that any female creature with sense runs the other way as fast as she can never penetrates the layers of his self delusion.

Erotomania (for the uninformed) is a situation when there is the sexual/emotional obsession with an object of desire. There may be little or no contact between the two individuals before the obsession develops. As little as seeing a photograph, movie or having the waitress at the diner refill a cup is enough to build the delusion in the maniac's mind that there is a link. A marriage of minds. Years of happiness to come. Pepe is unrelenting in his pursuit of the terrified female object of his desire confident that everything will turn out the way he wants, if he pursues long enough.

(Reading the diary and letters of these maniac's is chilling. One woman wrote that she'd had a psychic marriage to her beloved in which she was told it was time to kill the already existing wife that she saw as the only impediment to her happiness. The fact that the 'psychic husband' didn't even know she existed never penetrated her delusion. The event that stimulated her to choose her 'husband'? He held the door open for her at a restaurant.)

Ahhhaa. Now that I've had time to think I know who my villain will be.

This is going to be fun.

Dee is the founding member of the International Society of Women Who Wear Black Hats. The first hat was purchased in 1984, and has traveled internationally observing events from her perch on Dee's head. Now retired -- and faded to light purple -- the hat resides on the top of the book shelf, writing her memoirs and trying to avoid becoming a cat bed.

Dee is the Contributing Editor of This is Reel Life our movie supplement, and a regular contributor to Festivale.

You can find her at:

Editor's Note. The International Society of Women Who Wear Black Hats is not recognised by the Universal Organisation of Persons of Black Hat Wearing, founded in 1976, in Melbourne Australia. My hat's older than your hat, and it's been to a garden party to meet the queen, so there.