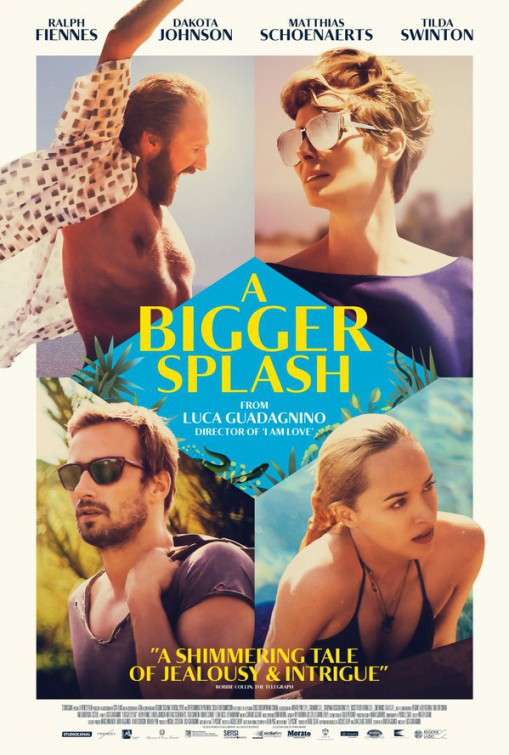 An idyllic retreat by famous rock star Marianne (Tilda Swinton) and filmmaker Paul (Matthias Schoenaerts) is disrupted by a friend from the past (Ralph Fiennes) and his daughter (Dakota Johnson).

A Bigger Splash. The name reminded me of The Big Chill, and watching the film I saw similarities. A Bigger Splash brings together old friends and lovers, confronting their present with their past.

Marianne, to make matters more interesting is recovering from throat surgery and can talk in bare whispers, but often not at all. Fiennes plays rock record producer Harry, loud, brash, with apparently no moral structure or off switch. He provokes Marianne.

In a series of well-handled flashbacks intercut with present day, A Bigger Splash tells us the story of this triangle - which with the introduction of Harry's young provocative daughter becomes a quadrangle. 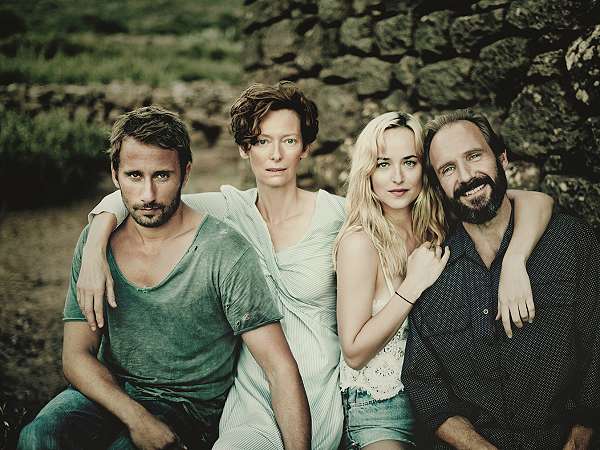 The story moves along nicely, the relationships interest us, and we begin to take sides. We have our own idea of a satisfying ending.

Do the film-makers provide that? It's up to each audience member to decide for themselves.