It Takes Hart and Johnson 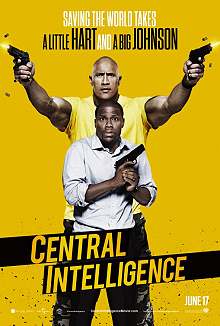 The story follows a one-time bullied geek who grew up to be a lethal CIA agent (Johnson), coming home for his high-school reunion. Claiming to be on a top-secret case, he enlists the help of the former "big man on campus" (Hart), now an accountant who misses his glory days.

Kudos to Dwayne Johnson for embracing his fanny pack. He told Jimmy Fallon that he used to to keep "pop tarts and condoms" and that "he was just kidding about the condoms".

The U.S. puts such emphasis on high school, and high school sports, that there are many people who peak before they really get started on life. Calvin Joyner (Hart) is one of these people. He has a cubicle career, a beautiful wife, and a mundane future. In an effort to avoid counselling with his wife, he makes a date to meet with the class geek, now going by the name Bob Stone (Johnson). 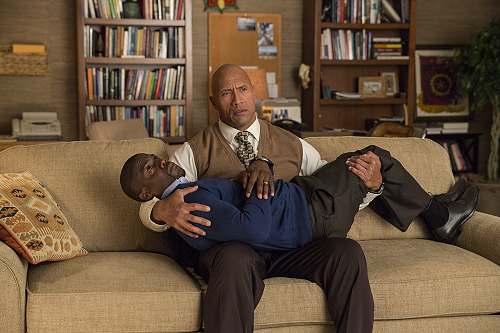 This is where the ugly cynet reveals itself to have become the swan. Well, maybe no. Gone is the short fat guy. Bob Stone is big, black, beautiful, built, with kick-ass fighting moves, and he still hero-worships Joyner and wears a fanny pack. The geek is strong in this one.

Of course, Stone is an agent, under pressure, in danger, and he draws the hapless Joyner along with him.

What did you expect? But this is a great fun movie. The slapstick is controlled and never ill-meant. The speed is good, the characters have motivations, and the special effects are just the wrong side of believeable that makes them laughable without slowing down the movie. 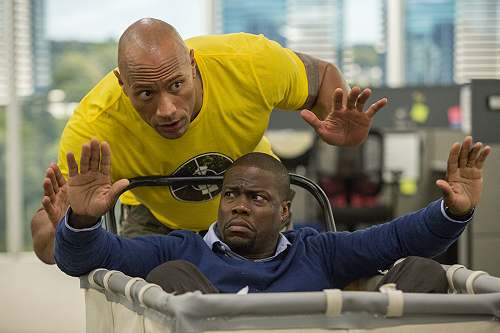 This movie is definitely going in my "watch when I want to feel good" pile. It's light, it's bright, it's not challenging, and it's life-affirming.

Seriously, I think The Rock just wanna have fun, let's join him.