Hunt for the Wilderpeople (2016) movie review

You and Me Against the World 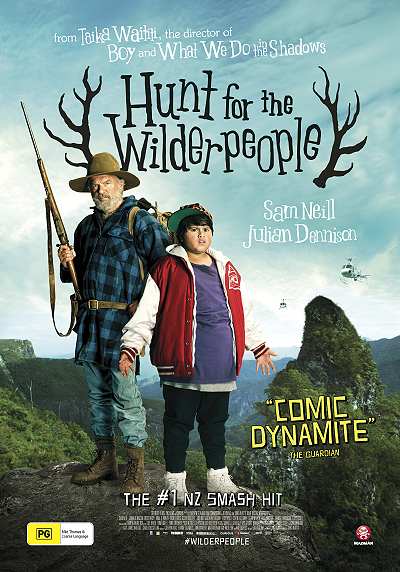 Movie poster, Hunt for the Wilderpeople
Two rebels. One million hectares of untamed wilderness. The hunt is on.

Ricky (Julian Dennison) is a defiant young city kid who finds himself on the run with his cantankerous foster uncle (Sam Neill) in the wild New Zealand bush. A national manhunt ensues, and the two are forced to put aside their differences and work together to survive in this hilarious and heartfelt adventure.

This is a real feel good movie set in rural New Zealand, not something I expected to like. It takes a little while to get around the New Zealand accent, but that is also part of the charm of the film. I wanted to see this in full after seeing the trailer. (see below)

We have a street smart kid (Rikky Baker) who has been shuffled through so many foster homes, that this is his last chance before being sent to "juvie" -- juvenile prison. This last chance is with a couple in country New Zealand, on the edge of a national forest. The social worker handing Rikky over to Bella is a real piece of work ... friendly, sort of, but not someone you'd want to cross. Bella, the foster aunt, is a real earth mother who cares for people, this includes Hec (Sam Neill) who is the foster uncle and as crotchety as can be to offset Bella's nurturing. 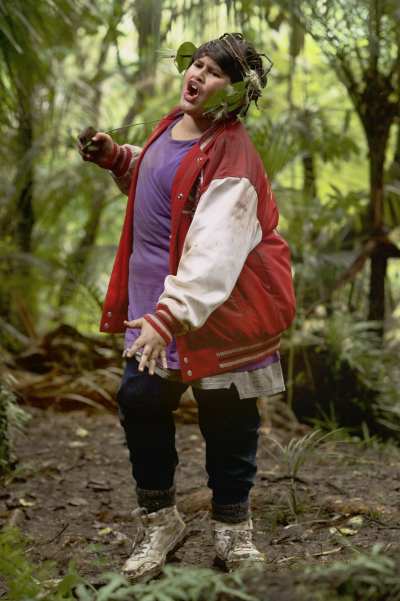 While it seems to be a real slow goer at the start, it does pick up as it goes along. The relationship change between Rikky and Hec is both fun and educational to watch as both come to know each other and the bush around them.

Hec appears comfortable in the bush and has lived off the land for some time, Rikky, being city bred with a vengeance, takes a little time to ... adjust.

The manhunt after they both go bush after Bella's death, from natural causes, is something out of a Keystone Cops skit.

One the whole, I'd recommend seeing this for the fun, adventure, compassion and seeing how two very different people come to not only like each other but also respect each other.