A Life of Quiet Desperation and Happiness 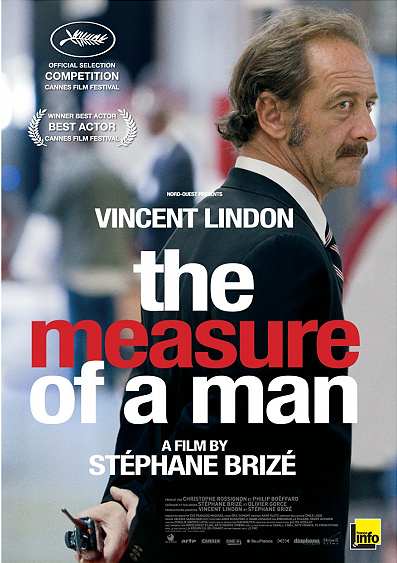 A middle-aged man, Thierry (Vincent Lindon), looking for work, tries to keep his family and his life together under difficult conditions.

Thierry is a French factory worker who has been laid off. As the film opens, he discovers he has just been through a course that he cannot use to find work. He is tired of looking for work, tired of fighting for better compensation from his last job, and feeling squeezed financially.

Thierry is basically a nice, ordinary man. He has a nice wife, and a near-adult son with disabilities, but ambitions.

When he does find work it is providing security at a large supermarket.

By which you can discern, gentle reader, that this film is not high drama. He faces small moral quandaries as people are brought into the interview room for thefts small and large. 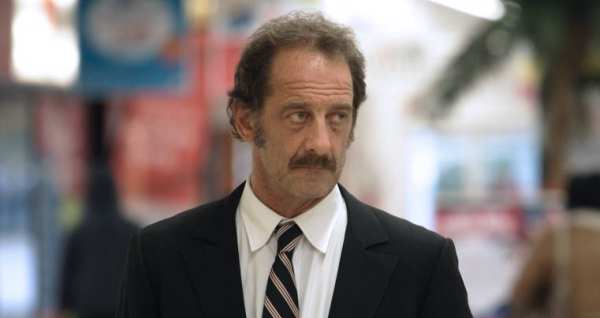 Ultimately, The Measure of a Man is an essay, a small look at a small man, a window into the life of those whose lives are so insecure in contemporary financial circumstances.