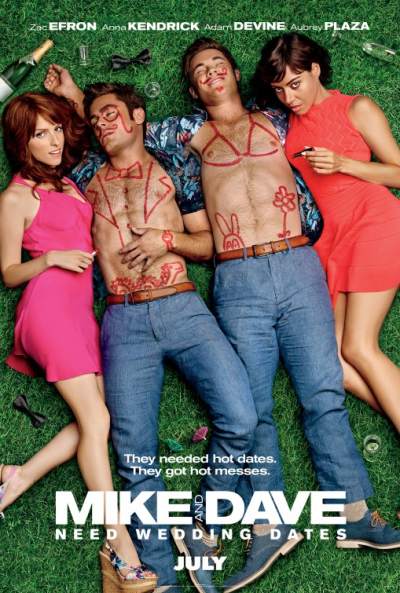 This film is a wonderfully enjoyable, unashamed comedy. The audience laughed without malice, or snickering, but in whole-hearted pleasure. Don't be put off by the idea that this might be another sophomoric slapstick gross-out-fest. This is a grownup comedy for grownup audiences, and seriously fun. 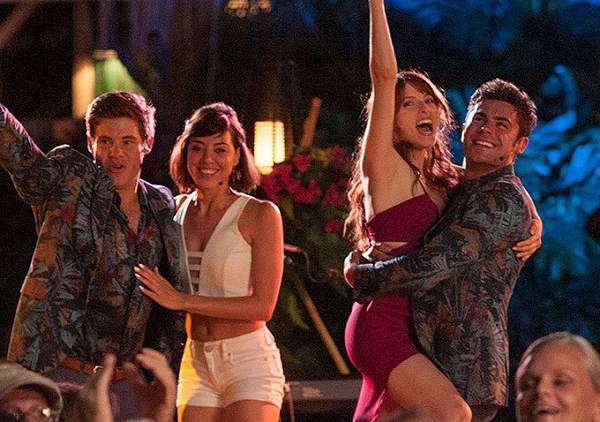 Mike and Dave Need Wedding Dates opens with the brothers' idea of how they create fabulous fun times at family gatherings. But the truth is that it's all good fun until someone blows up Dad's RV. So when their sister is to be married in a destination wedding in Hawaii, the family insist that Mike and Dave bring responsible girls to the wedding. Because that's going to keep them in check, or at least stop them from hitting on all the women at the events.

So where do two fun-loving beer-selling brothers look for nice girls? Craigslist of course. A free trip to Hawaii?

Enter Alice (Anna Kendrick) and Tatiana (Aubrey Plaza) two fun-loving girls who are willing to appear classy-as-fuck to catch the eyes of the brothers and have a much-needed vacation. First step. Steal some clothes. 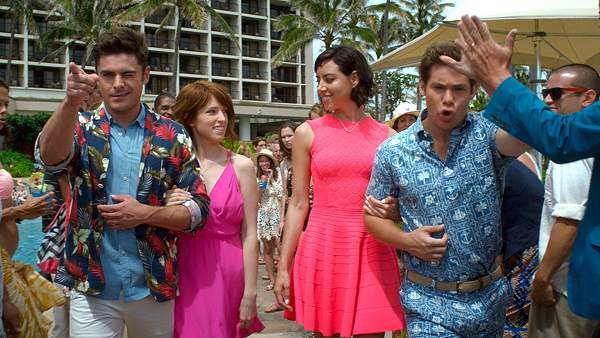 Enough setup. This is not a film to be dissected to find it's meaning. It is what it sets out to be, a comedy. The laughs come often. The actors, including Stephen Root as the father and Stephanie Faracy as the mother, play their roles well. They obey the Buster Keaton rule that the comedian should not find the situation amusing.

Congratulations go to Andrew Jay Cohen and Brendan O'Brien for an enjoyable script.

Absolutely go to this film for a good cleansing laugh.