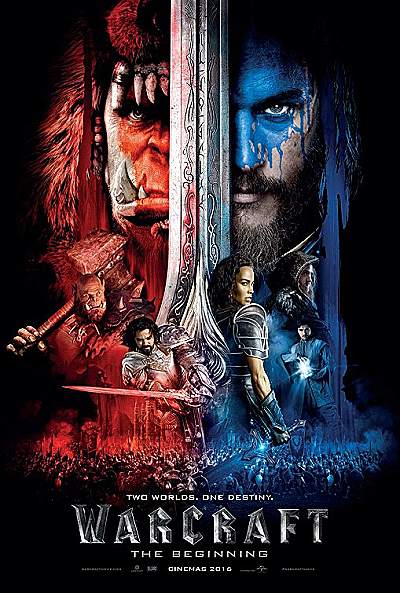 3D epic adventure of world-colliding conflict based upon Blizzard Entertainment's globally-renowned universe. The peaceful realm of Azeroth stands on the brink of war as its civilization faces a fearsome race of invaders: orc warriors fleeing their dying home to colonize another. As a portal opens to connect the two worlds, one army faces destruction and the other faces extinction.

Yes, that's the PR spiel. It's a sword and sorcery series, and in this case a prequel to an established fantasy and gaming universe. This film is squarely in a genre. It does not load itself with subtext and metaphors, or messages. It isn't designed to make the audience think. In fact, it's a thinking-free zone.

The effects are quite nice, the 3D is impressive, except when it goes out of focus during pans, and the writing is good for what it is. This is a fan film. It seems to be satisfying key pieces of the back story of the series, and so is probably more satisfying for those familiar with the universe.

Kudos especially for the strong female characters. They are more than a plot device, and this is always good to see in a film that is targetting the younger audiences.