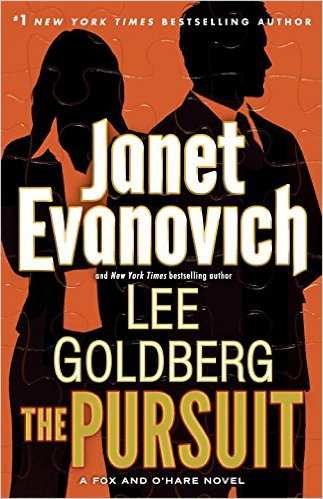 When we last left our intrepid pair, Kate O'Hare (FBI agent, black-ops trained since childhood) had sought out her partner Nick Fox (Con man, criminal extraordinaire and hunk) for an evening of bliss only to find him gone, likely kidnapped.

In Book 5 of the adventures of this set-a-crook-to-catch-a-crook team of crime fighters Kate sets off with her father to rescue Nick, saving him from being imprisoned for a diamond heist. However the master criminal who forced Nick into the heist has stolen something more than diamonds, something dangerous and thousands, hundreds of thousands could die if Kate, Nick, their rag-tag team, her father the 'retired' black ops agent a few friends and some bored spec ops soldiers can't put together their most critical con yet.

The idea of set-a-crook is not new. The love between a wrong-doer and the apprehending officer has been done. And there are some pretty kick-ass females hunting baddies today. What sets the work of Evanovich and Goldberg apart is the witty edge in the characterisations.

Nick is flamboyant and unrepentant, but with a good heart. Kate is a fashion disaster who is armed and dangerous with only a paper slide. Jake, her father, takes looking after his little girl, and teaching her how to look after herself to an entirely new level. They and the other continuing characters create a group of friends that we like to visit with.

Your humble reviewer did have one problem with The Pursuit, however. Not able to put it down, it kept her up until four a.m.