A Tiny City Park Beside the Yarra River

Named for the explorer John Batman. Melbourne narrowly escaped being named after him - Batmania was once considered as a possible name for the village on the banks of the Yarra Yarra River. 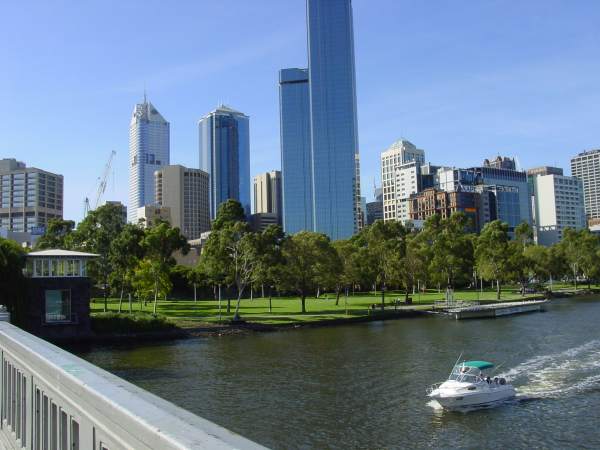 The park lies beside the river near what is fast becoming the convention centre of Melbourne. It provides a green resting place for visitors and workers in the World Congress Centre, Casino and Exhibition Centre.

Ron Robertson-Swann's Vault (the "Yellow Peril" as it was once known in Melbourne). This sculpture, originally placed in the Melbourne city square was removed after a public outcry. It was covered in black streaks when we visited in 1996 -- tracks from teenage skateboarders, and has since been moved (again) to Southbank Precinct.

Items of Interest: The seagull covered helipad, and a rather nice bluestone control tower.