This month: More Giveaways and a new Facebook page

First Looks: Trailers, links and photos for upcoming films - Jason Bourne; Warcraft: The Beginning; Green Room; The Huntsman: Winter's War; The Magnificent Seven; Whiskey Tango Foxtrot; Bad Neighbors 2: Sorority Rising; The Boy and the Beast; Teenage Mutant Ninja Turtles: Out of the Shadows; Star Trek Beyond; Central Intelligence; City of Gold; Banjo & Matilda; Ghostbusters 3: Girls vs Ghouls; Kubo and the Two Strings; How to Be Single; The Choice; Grimsby; Triple 9; Me Before You; Keanu; Going in Style; The Conjuring 2; The Legend of Tarzan; Sherpa; Marguerite; 10 Cloverfield Lane; Mother's Day; Free State of Jones; The Silences; Mia Madre; Down Under; Queen of the Desert; Goldstone; Silence; Captain America: Civil War;

Festivale has a busy Facebook page with the latest information from our inbox, our latest reviews and features, and other good stuff. But if you just want to see posts about movies and DVDs, including trailers and first looks as well as our reviews, come over to the Reel Life at Festivale page.

We post when there are new giveaways, so visit soon, visit often.

Films scheduled to be released in Australia Mar 2016

Watch here or our Facebook pages for more giveaways as they are released.

Agatha Christie's And Then There Were None DVDs 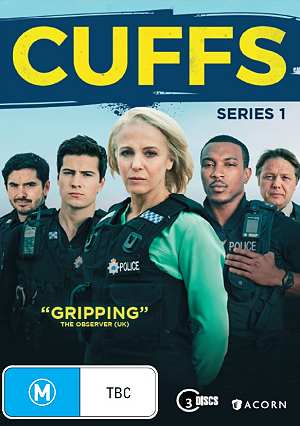 We have one set of Cuffs season 1 DVDs to give away to an Australian reader..

Set in Brighton, Cuffs is a British crime television series telling the stories of uniformed and plain clothes officers. It combines stories of responses to calls, investigations and the personal lives of the characters. 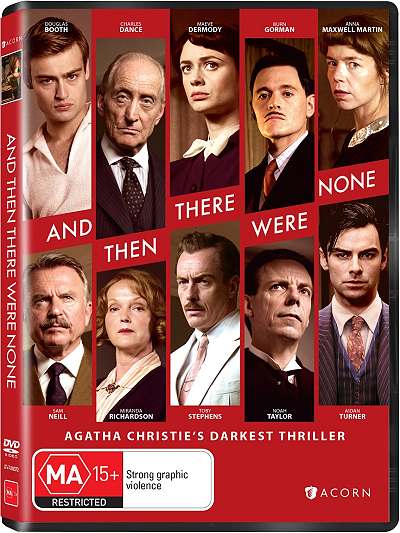 Agatha Christie's And Then There Were None

RLJ Entertainment and BBC One Agatha Christie title AND THEN THERE WERE NONE will be released on DVD in Australia May 4th. To celebrate, they have given us three boxed sets.

The three part series tells the story of ten individuals invited to an isolated island, where they are killed off one by one by an unknown killer. It's Christie at her darkest and most sinister and has seen many adaptations in the past. This latest incarnation returns to the dark roots of the story and was written by Sarah Phelps (Great Expectations, Oliver Twist) and produced by Mammoth Screen (Parade's End, Endeavour). 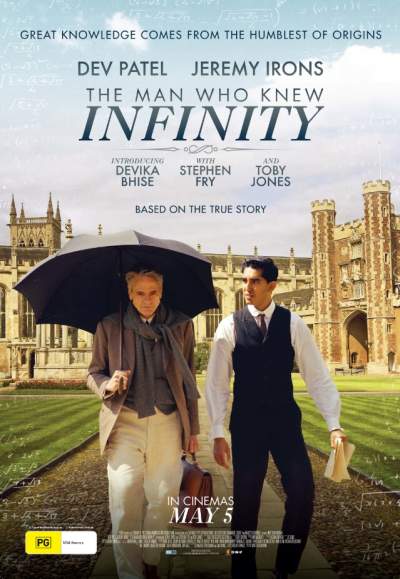 We have five double passes to see The Man Who Knew Infinity in the cinemas courtesy of Icon Film Distribution. You just take the pass to a theatre where the film is showing and swap it for tickets. Easy.

The Man Who Knew Infinity is the story of Srinivasa Ramanujan (Dev Patel). In Madras, India he cannot get a job as a mathematician because he has no degree, but he finally finds work as a clerk. His boss encourages him to apply to G. H. Hardy (Jeremy Irons) at Cambridge for help in getting his work published.

He leaves behind his young wife, his mother, and everything he knows to follow the numbers. Crossing the seas is against his (Hindu) faith, but he does so, and he lives a precarious existence in Cambridge rooms maintaining his vegetarian diet in 1914.

The relationship between the two men is awkward, Ramanujan faces prejudice and disbelief, but he learns academic rigor. This is a fascinating story about people and the rarified world of pure research. read review

Two fully paid studio internships at Weta Digital in Wellington N.Z. are available. We have confirmed that this is legit, even though it's not listed in the jobs section of Weta's web site.

Closing date for entries is the end of May. Voting is conducted in two parts. One involves a public vote for People's Choice. The other is conducted by the industry judging panel.

For more information at therookies.com